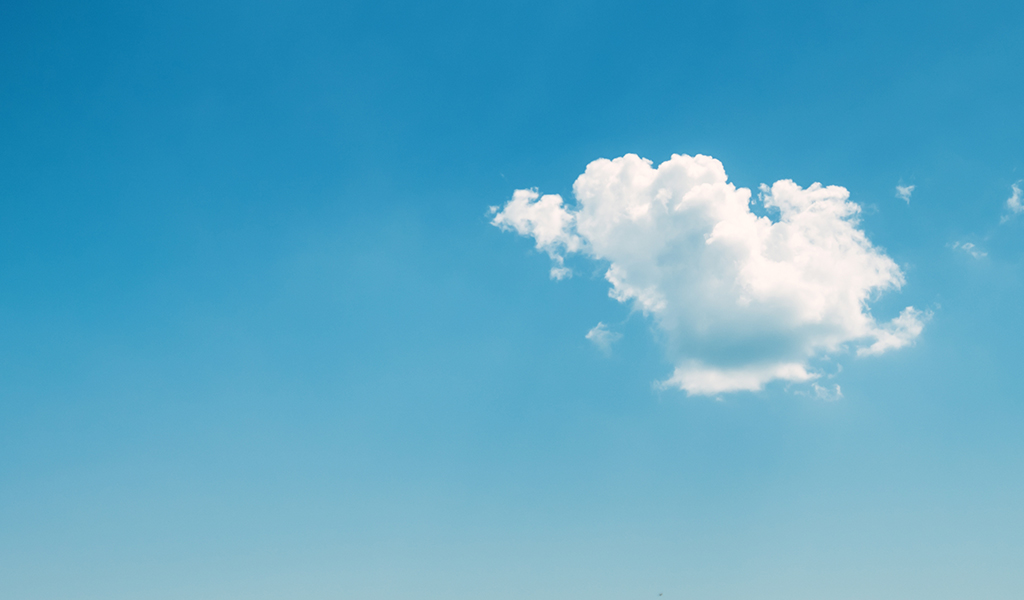 Yes, this is a serious question: Is there anyone who does not yet use cloud services, whether from their computer at home, at work or directly from their cell phone? We have all become so accustomed to using cloud servers like WhatsApp, Facebook or Dropbox. And these services work, are secure and are always available. Who would want to set up their own server at home for data communication or file exchange? Even at work, more and more companies are renting data exchange (Dropbox Enterprise) and communication services (Slack, MS Teams). In short: The use of cloud services at home and at work is becoming more and more standard.

So why not use the same kind of data management, file sharing and collaboration services for product-related data such as 3D CAD models, bills of materials and design specifications in the cloud?

Why not PLM from the cloud?

In the past, there was some skepticism about this in terms of network bandwidth, performance and security. But cloud solution providers, especially the big cloud hyperscalers, have done their homework, providing sufficient network capacity and even running their own physical cables across oceans. Take a minute and do the speed test at Amazon’s AWS Global Accelerators (https://speedtest.globalaccelerator.aws/#/).

Security concerns can also no longer be a valid argument for not running business-critical applications like a PLM system in the cloud. Companies like AWS, Azure and Google offer everything you need for highly secure, encrypted communications. Add your own virtual private network, single sign-on directory access, and multifactor authentication with timeout, and you’re as secure or more secure than you could ever be with your own infrastructure.

So it is a logical step that CONTACT Software also offers its solutions in the cloud. The idea: to reach a larger customer base faster (time to value). Since then, numerous potential and existing customers have actively approached us to run our products CIM Database PLM, the project management solution Project Office or the IoT platform CONTACT Elements for IoT in the cloud.

The CONTACT Cloud Solutions offer customers, on the one hand, a standard SaaS solution (Software as a Service – see NIST) with all PLM, project management and IoT functions that you can also install on-premise. In addition, there are predefined ERP interfaces in our technology platform as well as CAD integrations based on the new Workspaces Desktop for Web. For customers who want to customize the application or even implement their own solutions on top of the CONTACT Elements framework, CONTACT offers an enterprise edition of its platform in the cloud. This contains the entire CI/CD DevOps infrastructure to program locally, merge customizations, verify and deploy to test and production instances in the cloud.

So what is there to wait for? Get to know the possibilities of the CONTACT Cloud now. 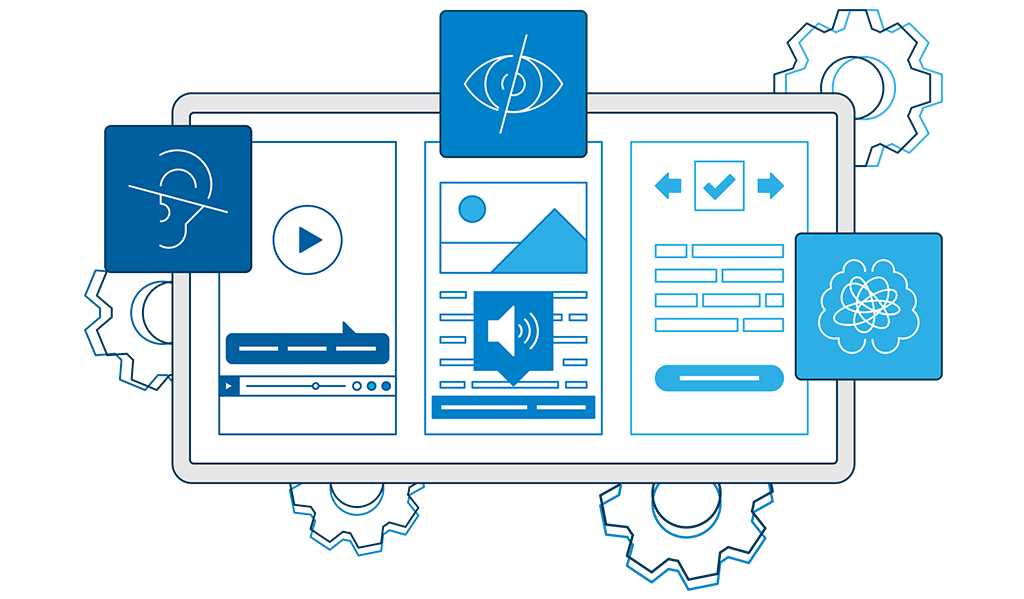 Modern software should be without barriers. But what kind of barriers can software have and for whom? And how can software companies eliminate them? The general understanding of accessible software mostly refers to the fact that people with disabilities or other physical limitations can use it well. For example, software designed in this way reduces the risk of confusion between color representations on the monitor in the case of red-green vision impairment, or makes it easier for people with Parkinson’s disease to use the mouse. This is an important requirement that modern software should fulfill.

Thinking the approach that all users should not have any barriers in the way of operation consistently further, it quickly becomes apparent that everyone experiences limitations to a greater or lesser extent when using a computer. For example, even for users with normal vision, elements of the program interface can be difficult to recognize on a bad screen, the environment can be too noisy to concentrate, or the mouse cannot be operated due to a current hand injury. Accessibility therefore addresses everyone!

Accessibility as a standard

For consumer software, reducing or eliminating operating barriers has long been standard practice. For example, I can increase the font size on my iPhone or have texts read aloud to me. The Web Content Accessibility Guidelines (WCAG) were established early on for the World Wide Web. As an international standard, they provide developers with guidelines for making websites accessible to as many people as possible. They have become the de facto standard for accessible user experiences and are even referenced in legislation on equality for people with disabilities.

For me, following these standards does not only mean fulfilling my responsibility as a product designer. It also simply means a guaranteed improvement in product quality – for all users. After all, it’s not just users with special visual impairments who benefit from high-contrast displays or keyboard controls, to name just two examples. Entrepreneur and accessibility advocate Debrah Ruh put it succinctly: “Accessibility allows us to tap into everyone’s potential.” I think that fits perfectly with our claim at CONTACT: Energizing great minds. 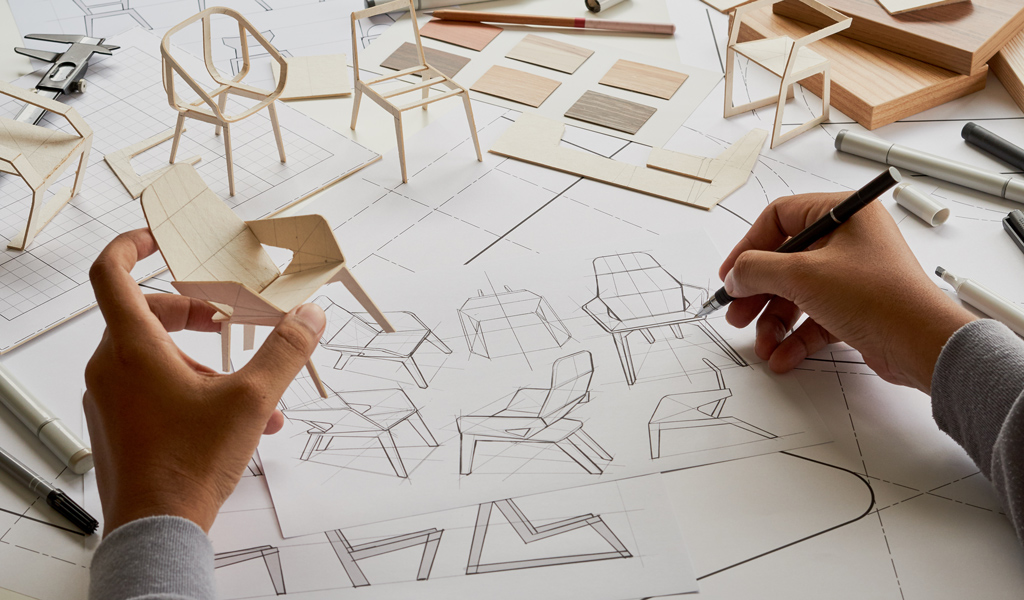 “I notice you don’t really understand what I’m talking about. Wait a minute, I’ll show you.” Often communication fails when people are forced to describe things instead of showing them. Because they are either out of reach or because they simply don’t exist in real life. Like products that are still in the development stage. That’s why designers are downright DIY experts. With a product idea in mind, they quickly build a prototype with cardboard and glue. In this way, they succeed in showing what is difficult to put into words. This is exactly what efficient product development processes need and can be achieved through deeper integration of 3D visualization functions into the PLM system.

A picture is worth a thousand words

The value added by images over pure text is something we take for granted these days in a multimedia world. On Instagram and elsewhere, text only underscores what has already been captured in the image. But how much of this self-evidence has arrived in the IT systems that support the work of manufacturing companies? In my perception, describing is still more important than showing: The majority of the screens contain characters, words, tables and sentences.

Since the spread of CAD systems, especially in PLM applications, there has been no shortage of images. Hardly any product is manufactured before it has been designed in advance as a (3D) image. The 3D model is a natural tool in product development and in times of increasing product individualization an ideal tool for communication around the product. From chairs to electric cars: across all industries, products can be individually configured online and viewed in 3D before they are ordered and produced.

Why does enterprise software still remain so text-heavy?

CAD software licenses are expensive. Companies therefore often only equip a few workstations with it. In addition, CAD software as proprietary file formats cannot be easily opened by other programs. Thus, access to 3D geometries remains limited to an exclusive club.

If this hurdle is overcome, for example with neutral 3D viewers, the question of how 3D geometry and text can best be combined with the operating UIs of the enterprise software still remains. Beyond the fanciful visions of the future concerning data handling with VR/AR à la Minority Report, there is still a lack of concepts in reality for combining information from 3D models and databases in a uniform operating pattern.

So, where do we go next?

The first step is to bring 3D geometries into the UI alongside the usual textual content. In addition to displaying and rotating, a basic function is the ability to navigate inside the model in order to view individual components in detail by selectively showing and hiding them. Functions such as entering, saving and sharing annotations on the 3D model are also helpful for effective communication within the team. Furthermore, additional Digital Mock Up (DMU) calculation functions can support certain decision-making processes. Such as a neighborhood search to analyze the impact of an engineering change. Or a model comparison to subsequently understand the scope of this change.

In the second step, geometric and textual information must be combined in the UI. This creates an integrated user interface that offers added value in terms of content. Moreover, how would it be if the 3D model in PLM applications no longer served as an illustration of the parts list but, conversely, the parts master data enriched the 3D geometries? Or if tables and textual hyperlinks are abolished and a real geometric or spatial navigation is available? Or if users can visually browse the parts inventory like in a warehouse instead of tracking down numbers in a list? Or, or, or.

We have become so accustomed to working with strings in information technology (I’m thinking of command lines, relational databases, hyperlinks and so on) that other operating patterns seem unthinkable. Here it is time to rethink and unleash the visual power of 3D geometry to communicate quickly and accurately in business processes.

In my German-language webcast on October 7, 2021, you will learn how to make 3D visualization and inspection functionality accessible to all PLM users throughout the product lifecycle and ensure seamless integration of geometric and PLM data – in one interface, without having to jump to expensive standalone viewers.